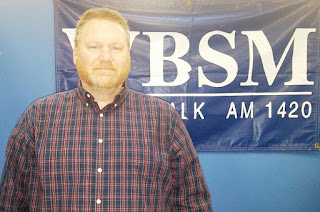 FAIRHAVEN — An effort to recall the chairman of the Fairhaven Board of Selectmen is underway, but the selectman himself said he’s not worried.

A group calling itself Recall Dan Freitas is seeking to collect the necessary signatures to force a recall election to attempt to remove him from office.

“For the last few years, Selectman Freitas has increasingly demonstrated his inability or unwillingness to represent the people of Fairhaven,” the group said in a press release.

Freitas tells WBSM News he doesn’t think the effort will be successful in even forcing the recall election.

“It’s just a group of a couple of angry citizens, not a whole bunch of them,” he said. He also suggested that many of the complaints against him come from the way he is portrayed in local media coverage and that the people behind the recall effort are former employees that were “fired from the town.”

Freitas said he is just the first of a few recall efforts the group is planning.

“They’re trying to do it to me, they’re also going to be doing it to (Board of Health chair) Peter DeTerra and (BOH vice chair) Mike Ristuccia,” he alleged.

A major focus of the recall effort is the role Freitas has played in Fairhaven’s search for a new Town Administrator.

“His failed leadership has reached critical mass with the botched recruitment of a Town Administrator, the most important administrative position in town government. This failed recruitment is the result of Selectman Freitas’ attempts to manipulate the process to favor an unqualified insider candidate,” the campaign alleges.

Freitas has pushed for interim Town Administrator Wendy Graves, who also serves as Finance Director, Treasurer, and Collector for the town, to get the job.

As reported by the Fairhaven Neighborhood News, Graves was not one of the three finalists selected by the town’s screening committee but was added to the final candidates after Freitas nominated himself to the screening committee and was confirmed with a yes vote by fellow selectman Keith Silvia; the Fairhaven Board of Selectmen has only three members. Since then, Freitas has pushed for Graves to be offered the position on a full-time basis.

Freitas, however, contends that Graves was one of the original three finalists and was only later removed from the final three “because her personnel file was given to the Neighborhood News, and we’re actually going to be investigating that,” he said.

The paper has referred to that accusation as a “mistaken assumption.”

The recall group also alleges that Freitas is responsible for “allowing a fellow board member to participate in the (Town Administrator) hiring process while that member’s involvement was in violation of state ethics laws.” The allegation refers to Silvia being involved in the process because his wife Anne Silvia is the director of the Council on Aging and reports directly to the Town Administrator. Silvia has since recused himself from the process.

Freitas said the select board was not aware of the conflict during the process.

“The second we found out about this, the second we were told from counsel, it stopped,” he said. “I don’t know every rule and regulation that goes along with it, so it was an oversight, an oversight on all our parts. So that’s where we ended it. But we can’t go backward, we can’t change the past.”

The recall campaign press release also states that “Mr. Freitas has been abusive toward his fellow selectmen, particularly Selectman (Robert) Espindola, who he has routinely silenced and insulted, and working with Selectman Silvia, flouted tradition to block Mr. Espindola’s access to the chairmanship.”

The recall campaign press release also points out that, “most importantly, Selectman Freitas stands accused of a July 1, 2020 incident in which he allegedly assaulted a young man and woman in a Fairhaven parking lot. We have gotten to the point where we have accepted and normalized this kind of behavior from Selectman Freitas.”

The group is alluding to an incident in which Freitas and his daughter allegedly got into a physical fight with a man and a woman in the parking lot of the Fairhaven McDonald’s.

While not addressing that incident specifically, Freitas said he’s no longer bothered by what people say about him or his personality.

“At first it used to bother me, but it doesn’t truly bother me anymore,” he said. “I know the truth. They can continue putting out what they want. I can’t fight every accusation out there that’s not true.”